FightLine in the Field: Ring of Combat 46 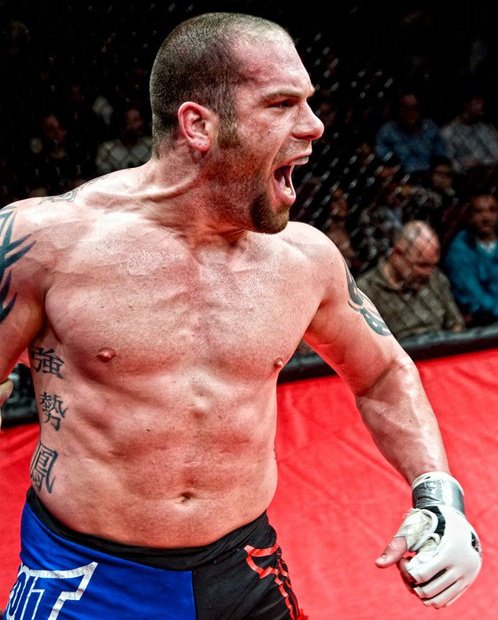 Most measure the worth of a regional MMA show by the names on the card, assigning value based on the number UFC refugees they recognize or the buzz of the prospects whose appearances in the Octagon seem the very definition of “inevitable”. But that’s a currency that holds no real value, the fistic equivalent of trading in market-crashing mortgage-backed loans, because really, Jeremy Horn and Dan Severn never actually “made” any events a success, and more often than not today’s hot prospect is tomorrow’s “who the fuck is that?” No, what truly makes a regional MMA show are the storylines, the personal dramas few get to see unless they’re watching from up close, inches away from the cage and in such proximity to the fighters they can see their dreams thrive – or die – in the way the light catches their eyes.

All of which brings us to Ring of Combat 46, the latest installment of promoter Lou Neglia’s greatest contribution to MMA, and alongside Bellator 100 and some Muay Thai show featuring Cris Cyborg, the most compelling thing going down on Friday, September 20, 2013. If you came to the Tropicana Casino & Resort sporting a t-shirt decrying gym affiliation, odds were you had a dog in the race – a son or brother putting his ass on the line, an instructor leading by example, or even just a friend with a penchant for violence. But was it lost on you the trials and tribulations heavyweight champ Brendan Barrett had for years endured to get his belt? Could you sense the pressure mounting on Frankie Perez’s shoulders as it becomes harder and harder to remain flawless? Did you have the slightest inkling of the stakes for James Jenkins, who last year was questioning his decision to eschew college for fighting, even before he’d suffered his first pro loss? Maybe you did or maybe you didn’t. Either way, those semi-private battles, coupled with what went on when the cage door shut, were what made ROC 46 compelling.

If the only Brendan Barrett you knew was from his earlier days in the sport – when the IFL was a real thing and not a punchline and you could win a Combat in the Cage belt – then you probably wouldn’t recognize the man who fights today, the man of faith who thanks God after his wins, who has overcome a number of health issues to get to his spot in the regional food chain. Barrett may or may not make it to the “big show”, but will for sure reside at the apex of this geographical area until his body is too old and worn to make it into the cage. The one-sided drubbing of his ROC 46 opponent, Miodrag Petkoich, is testament of that fact, and when the dust had settled, the challenger was TKO’d and the champ had a broken hand.

Of course, not every bout involved a storied veteran. There were those still realizing the scope of their abilities. Jungle Gym rep Leo Muniz took a round to find his groove in his second pro fight, but once he did, he came damn close to finishing jiu-jitsu stylist Cody Mooney. With coach Justin Garcia shouting instructions in Spanish from his corner, Muniz began stuffing takedowns and picking Mooney apart with strikes. Mooney almost went to sleep in the waning seconds of the final frame, and was saved only by the grace of God, the bell and a referee who was on top of the action.

Leo Muniz (right) making sure his second pro fight is a victorious one.

There are talented prospects, and there’s Tiger Schulmann fighter Julio Arce, who redefines the words “talented prospect” to mean “unbridled killer”. In his third trip into the cage as a pro, the undefeated Arce was absolutely dominant in his scrap against an overmatched Corey Simmons, and the inevitable end came via rear naked choke in the second round.

Ray Longo-trained fighter Pat DeFranco took the more arduous path to secure that “W”, banging it out with a game Adam Townsend for all three rounds before the judges awarded him the clear-cut unanimous decision.

Adam Townsend (left) and Pat DeFranco about to do the dance.

It was far more competitive in the 145-pound title eliminator match-up between Bellmore Kickboxing’s Tom English and Team Alpha Omega’s Levan Makashvili – that is, until Makashvili snuck in a knuckle-sandwich that left English snoozing on the canvas.

And then there was Jenkins, the Team Serra/Longo featherweight who went into last year’sROC 41 145-pound title bout with a spotless record as a pro and a world of promise at his feet. His opponent then was some kid from Illinois no one had ever heard of, and it was assumed that Jenkins would earn the belt in typical violent fashion and soon call the Octagon his home. But things hardly ever go as planned, and after broken nose and a 15-month layoff, Jenkins was ready to get back in the saddle at ROC 46.

James Jenkins (right) about to go to war.

As anyone knows, to pursue MMA competition with any real hope of success requires the utmost commitment, and for Jenkins, that commitment had meant choosing training and fighting over college. Was it the right choice? Before his shocking defeat at ROC 41, Jenkins had admitted that that question hung over his head; in the shadow of that loss, the road not taken could only have been paved with cobblestones of painful regret.

Jenkins (top) dishing out some pain.

ROC 46 opponent Justin Steave of the Pittsburgh hit Jenkins so hard it knocked out his mouthpiece, and the Long Island native struggled to find his legs while he half circled/half stumbled out of trouble. Then Steave threatened with a choke, and that dreaded “L” loomed large. But if anything, Jenkins is tough as nails, and that toughness enabled him to uncork some nasty leather of his own, and when he escaped Steave’s choke, he soon had one applied to the out-of-towner.

Jenkins about to earn the tap out.

Steave tapped out at 1:21 of the second round, and as Jenkins stomped around the cage howling in elation, it was clear in his eyes that his dreams still thrived.

And at that very moment, there was no more clearer a reason as to why you should go to a regional MMA show.